From all the astrological terms, retrograde Mercury has definitely gained increasing publicity. Everyone knows that the period when this planet retrograde is a period when communication problems and misunderstandings are common, so it is not recommendable to sign a contract, bad assessments, and decisions seem inevitable, traffic jams, while some important documents, such as personal ones, can be lost. To this list, and the obviously poor publicity of retrograde Mercury, I have to add another from my recent experience – don’t do interviews when Mercury is retrograde! 🙂

Namely, about 10 days ago, I talked to a journalist from the local newspaper “Dnevne novine”, answering questions whose purpose was to bring astrology to a better understanding of a wider audience. However, when the interview was published, it came out with numerous and serious shortcomings, which not only thwarted the original intention but could cause additional confusion among the readers, despite the undoubtedly good intention of the journalist. For these reasons, but also to protect my integrity and approach to astrology that I nurture on this site, I decided to publish that conversation in its integral form here.

The questions are really diverse and their variety has convinced me that through astrological symbolism,     virtually every question can be properly answered. From questions about lost things, through emotional troubles and joys to some that we could characterize as philosophical, the answer was always hidden in the mystical connection I mentioned in the previous question, which is shown through the appropriate horoscope. Although I initially assumed that “matters of the heart” would be the most frequent, in practice it turned out different, so in addition to these, questions about work and career, litigation, health, and even death are very common.

It is almost impossible to draw a significant parallel in interests since the interests are quite similar. However, it is worth mentioning that lately, people are increasingly coming up with questions about choosing the best time to start an activity, even regarding the birth of a child, although such interventionism is very limited here, there were such requests. This fact can certainly be taken as an indicator of the growing trust in astrology and its scope because people tend to provide a “cosmic stamp” to their endeavors.

Following the above, the horoscope can give really all kinds of answers. Questions like “which career suits me best,” “when is the best time to start my own business,” or “will I have children” are practical questions to which astrology can give specific answers. But besides, astrology can answer deeper doubts, such as “how  to achieve my purpose in life.” All these answers are obtained through specific horoscopes that have their own “specialization”. Thus, the natal chart, also known as the “life horoscope”, provides information on various areas of life such as predispositions for educational and professional development, choice of occupation and career; business and financial opportunities; talents; love and marriage life; offspring and relationship with children; health opportunities and hazards… The annual horoscope covers the same areas at the level of one year, usually from birthday to birthday, and is based on the natal chart. The comparison horoscope analyzes a certain relationship and provides valuable information about how compatible certain people are and what is the level of that compatibility, which leads to the conclusion of how important and permanent the relationship observed is. The widest range of questions is covered by horary horoscopes, which are an extremely convenient astrological tool for providing precise answers to a clear and specific question. Will I get a job at that company? Will I marry him? Does she love me? Should I go on that trip? Will I pass this exam? Will he pay me back? Unlike natal, which is useful for a more general overview of natives’ life, horary astrology seeks to provide practical answers to these and many other questions on a “yes or no” basis.

Yes, there is a special branch of astrology, known as mundane astrology that deals with these issues. It deals with general events such as the destinies of countries, wars, revolutions, states, climate change, economic progress, social events, and all the like that affect a larger group of people. Sometimes some events can be read easily because they are really striking, but sometimes there are more subtle variants of prediction. The beginnings of mundane astrology can be found in Ptolemy’s book “Tetrabiblos” where the author describes the differences of peoples and how and why are they symbolized by a particular zodiac sign, claiming that the characteristics of peoples and customs of countries originate from their longitudinal and latitudinal position and their connection to the Sun. The methods of this branch of astrology are very unique and these interpretations are very complex and involve consulting several different horoscopes, such as the ingress of the Sun in the sign of Aries for the appropriate territory, but also to other equinoctial points. Solar and lunar eclipses are very important, but also the conjunction of the chronocrators Saturn and Jupiter is observed, which takes place every 20 years, but they also have other more important cycles, such as that of triplicity change, where the smallest cycle is somewhere around 200 years and the largest close to 800 years. Only through such a detailed analysis can predictions be made for a state or people.

There were really various curiosities and interesting situations, but here I would like to single out a kind of project that was a special challenge for me. Namely, I had a client who dealt with the stock exchange business, trying to predict periods of growth and decline of currencies and commodities on the Forex stock exchange. Although this was a completely new field of astrological interpretations and predictions, we still managed to develop a certain system that had a high success rate, since these predictions were done very often. I intentionally say “we” because it is one of the situations from which it can be seen how client experiences can help the astrologer in developing such special astrological systems. The degree of accuracy at one point was so good that the above-mentioned stock exchange company gave the client even opposite investment recommendations than the decisions he made based on our predictions, amazed by his investments and consequential profits. 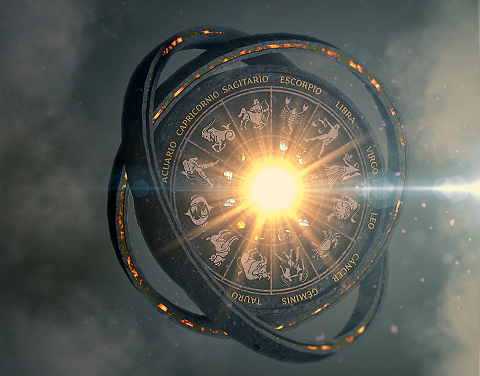 We can “thank for” this tendency to modern astrology present in the daily press, which certainly relativizes things, starting with the fact that 1/12 of humanity falls under the same sign to whom the same things will happen. Such “predictions” must be made on such a broad basis and through claims that can really be applied to everyone because their basic premise is wrong. Namely, what they are doing here is an interpretation of the current transits, setting a certain zodiac sign as the ascendant of that hypothetical horoscope. Only in very rare cases, these predictions could be true, but most usually they are wrong and worthless and that is why we get interpretations full of the so-called “commonplaces” and uncertainties. Predictions that will be specific and true only for us as individuals can only be obtained from our natal horoscope, and the relevant prognostic techniques that arise from it. Only things that exist in our unique natal chart can happen to us as individuals when the time comes for them, that is when they are activated by predictive techniques. Therefore, it is wisest that we ignore these so-called daily, weekly and similar so-called horoscopes, and if we are already interested in the future through astrology, the only right way is the interpretation of our own natal chart.

The characteristics of the signs that we encounter most often today are also the product of the so-called “reformation” of astrology, and in fact, it is a mere degradation of the astrological object to make it somewhat more appealing to the masses. So today, when you meet someone, it is almost impossible to elude the question: what is your horoscope sign? As if that simple answer will provide you with some better insight into the character of a certain person. This is how I often hear people say to me “I am a Sagittarius” or “we are Aquarians like that” etc., which reduces the personality not only to this incorrect correlation but also only to some zodiac sign. And not only to the sign but on our imperfect (and often wrong) idea about it. These are pure speculations, without any astrological basis.

Traditionally, the zodiac signs never had any “personality” that would automatically be applied to all those born on a certain date. The approach was different. Authors from tradition do not give “descriptions” of signs, ie. they do not attribute some characteristics to them. In general, the qualities of the signs are listed, and then the things with which the signs are associated, ie which are symbolically corresponding to them (professions, animals, places, colors, etc.). For example, Aquarius is a fixed, airy (hence both hot and moist), diurnal (as opposed to nocturnal), male, human (not animal like Aries or Leo, etc.), loud (not mute like water signs), the primary house of Saturn, etc. It is these qualities that lead us to further associations and conclusions, which must be in accordance with them. Therefore, Aquarius would be chatty (human and loud sign), stubborn (fixed quality), intellectual (airy and human), striving to structure (Saturn), and so on. Since it is a masculine, aerial, human/intellectual sign, this will make Aquarius more forward-looking and forward-moving than, say, Capricorn (second house of Saturn), but that doesn’t strip them of the fixed, Saturnian nature, so they can’t be so rebellious or independent as they are often portrayed. This is the only purely astrological method that can be used to delineate some features of the zodiac signs. How all these qualities are attributed to the signs stems from the complex but coherent and clear system of true astrology, and whose further elaboration goes beyond the scope of this interview.

In addition, I enclose the text that was finally published. To put aside the editorial policy, as I said before, the published version is obviously incomplete, with additions that I am not the author of, especially the introduction and conclusion.